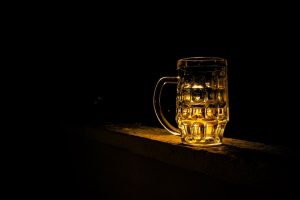 Should Tied Pubs Pay Rent in the Shutdown?

We have gathered a few thoughts as we’re seeing a number of publicans saying how can their pubco survive if tenants do not pay some rent during the shutdown – perhaps tenants should hand over their grants / loans to their landlords?
The answer is multi-layered but…..
a) …..the Pubcos have been making super massive above inflation profits for years and years – if they stuck none of this profit away during the sunnier times and have instead frittered it away then that is their problem, no normal business with such comparable market share such as super sized pub owning businesses should operate with such low contingency planning.
b) …..3 of the largest pubcos also own large successful breweries and are selling record amounts of beer into the off sales market – they are clearly not short of income.
c) …..most tied pubs shouldn’t be paying any dry rent anyway! If the RICS pub rental guidance had been applied fairly then the dry rent would be token if not zero in most tied pubs, the mark up on the beer tie would have been making up the share for the landlord. Except they wanted more than what was fair the model has been exploited and ergo we end up with large numbers of tied pubs paying a high dry rent and a high wet rent, overall it is way above any market rent for the pub if free of tie. Hardly #NoWorseOff
The pubco has enjoyed the best of both worlds for longer than is reasonable and arguably it is an anti-competitive practice long overdue a competition inquiry (11 years overdue!).
If the tie had not been abused then the risk and reward would have been re-balanced, we warned about this and campaigned about it – it’s not a new problem it is simply a problem that has been revealed by the crisis, if publicans do nothing about this it will still be there when you re-open and try to get back to normal.
So if you’ve had enough of being short changed and want a fair deal for your local then drop us a line below, we are on your side (we always have been, even if you didn’t know it!) and together we can change this trade for the better.
Contact Us
Regards
PAS #ukpubs
https://pubs.expert/wp-content/uploads/2020/03/pas-logo.png 0 0 Chris Wright https://pubs.expert/wp-content/uploads/2020/03/pas-logo.png Chris Wright2020-04-08 16:00:542020-11-25 10:41:26Pubcos, Rents and No Worse Off
0 replies

Want to join the discussion?
Feel free to contribute!

Change the game
Scroll to top