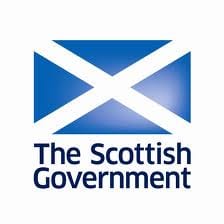 Pubco reform campaigners (which includes the Pubs Advisory Service amoungst them) have urged the newly-elected Scottish Government to make a pubs code for Scotland a priority for the new parliament.

The previous Scottish Government had stated that it was monitoring the development of the Westminster pubs code, which will require pub companies in England and Wales with more than 500 outlets to offer their tenants a ‘market rent only’ option.
So far no similar legislation has been drafted in Scotland.
Scottish Licensed Trade Association chief executive Paul Waterson said the new Scottish Government should move forward with its own legislation.
“We certainly believe there should be an adjudication system set up here, which should be for any tenant that has a grievance,” he said.
“We’ve got to look at the pub code [in England] and we’ve got to do something up here quickly.
“It’s been held up because of the election, obviously, but we’ve got to try and move this forward as quickly as we can.”
Waterson was backed by Alan Hay, sales director, on-trade, at Tennent’s, who said “there is already a wealth of evidence that illustrates the need for action”.
“From the direct feedback tenants have given, to the money removed from Scotland’s economy through the tied model, there are a great many reasons why we should not drag our feet on the matter any further,” said Hay.
But Scottish Beer & Pub Association chief executive Brigid Simmonds stressed the difference between the two markets.
She said the “Scottish pubs market is markedly different from that in England with just 17% of pubs operating under a beer tie, compared with 40% in the UK as a whole”.
She added that a voluntary code of practice for pub companies “continues to safeguard tenants, protects investment in the sector, and ensures consumers continue to enjoy a great choice of beers”.
The calls come as the introduction of the Westminster legislation has been delayed.
It has been reported that the code, part of the Small Business, Enterprise and Employment Act, has had to be redrafted just days before it was due to come into force.

Want to join the discussion?
Feel free to contribute!